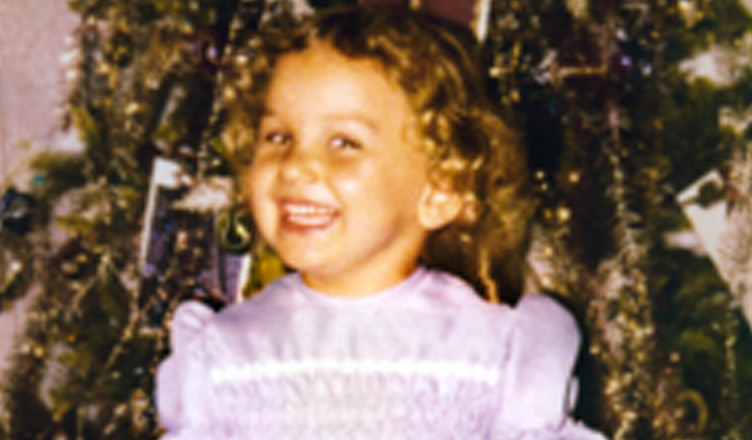 2. My birthday is on New Year’s Day; it’s a bittersweet day to have a birthday.

4. When I was 3 I remember playing Abba’s Arrival on our stereo; this is how I occupied my days while my mother worked as a dressmaker.

5. I was an extremely clingy child; no-one other than my mother would do.

6. I am the youngest of 3 children. I have a brother 12 years older and a sister 9 years older than me. According to birth order theory I possess both last born and first-born characteristics.

7. I celebrated my 5th birthday in Greece; my parents home country.

8. I remember watching Grease on the plane. I instantly fell in love with Olivia Newton John. A love affair (read: obsession) that would last the next few years.

11. I have family in Adelaide and Melbourne. Is there any Greek person who doesn’t have a relative in Melbourne?

12. I grew up in a cul-de-sac. I learned to ride my bike on the gravel street. Gravel is not your friend when you fall off.

13. My brother gave me a 5-minute swimming lesson at Cronulla beach on how to manage waves when I was 6. Pretty much after that I was on my own.

14. My brother would always play AC/DC in the car on the way to the beach.

15. Hearing Jailbreak as a young kid is a little confronting.

16. My brother also let me watch Mad Max, The Warriors and Risky Business when I was way too young.

17. I am the youngest of pretty much my entire extended family here in Australia. Being the youngest has its good and bad points.

18. I either got lots of attention for being ‘the baby’ or I got dismissed because I was ‘the baby’.

19. My mother let me walk to school by myself when I was 9 years old. My daughter is 10 and I’d love to let her walk to the park on her own but I worry society will look upon me badly if I do.

22. I had to share my room with my older sister.

23. I don’t think she was too pleased about it at first.

24. Because of her I am now a Bruce Springsteen fan.

25. My father is very strict and a generally unhappy soul.

26. My sister and I spent a lot of time in our room just to avoid him.

27. My Uncle Chris says it is a privilege to be Greek.

28. I did my level best to reject my Greek heritage; simply so I could stick it to my dad.

29. I overdosed on aspirin when I was 9; deliberately.

30. I also deliberately burnt my wrist on the oven rack.

31. The aspirin overdose was because I was really unhappy.

32. The burnt wrist was to get some attention.

33. My childhood wasn’t always happy. Or my adolescence. Thank God for friends.

34. I got very good at sneaking out my bedroom window.

35. The great irony is a large part of who I am can be attributed to my father; it’s just not the way my father wanted me to turn out.

36. I’m very good at contingency plans; screwing up was not an option with my father.

38. I hold strong opinions like my father. Not the same opinions though.

39. I was pigeon-toed so my parents sent me to ballet when I was 7.

41. And softball and netball.

43. I follow the Canterbury Bankstown Bulldogs in the NRL. Have done so since I was 5.

46. My itunes library is about 20,000 songs strong (minus a few thousand for doubleups).

47. When I was 15 I had front row tickets to a Bon Jovi show. Jon touched my hand, looked into my eyes and sang “Born to be my baby”.

48. Although I am a HUGE Bon Jovi fan I never had a crush on Jon or any of the other band members. I am all about the music.

49. I did have a crush on Bret Michaels from Poison and Sebastian Bach from Skid Row.

50. I went to a co-ed highschool. I wasn’t distracted by the boys. They were just other people in my class.

51. I misbehaved in my English class in Year 7 & 8. My teacher Mr Bentley wasn’t impressed.

53. I did have a highschool sweetheart….he broke my heart.

55. At uni my journalism lecturer really put me off becoming a news journalist.

56. I discovered I liked video editing.

57. I worked at Community Television (Channel 31) on a women’s show titled XX. Made by women for women.

58. Mr M is very good at video editing too. Better than I ever was.

59. Last semester of uni he and I were in the same production group; we spent a lot of time together in a dark editing suite.

60. After uni I toyed with the idea of moving to the UK to join a long list of friends who moved there.

62. A HR manager once told me I should marry someone who is smarter than me to keep me interested.

63. My mother told me not to get married before I was 25. Give myself time to grow before I commit to someone else.

64. She also said love wasn’t important when it came to marriage. I beg to differ.

67. My mother was sure I was having a boy. Because she has psychic Greek powers and all that. I had a girl

68. With my second pregnancy she was sure I was having a boy. I did.

69. With my third and fourth pregnancies she refused to give a prediction.

70. Before the kids came along I was a corporate Marketing Executive. And kind of enjoying it.

71. After the kids, I knew I couldn’t go back to that career.

75. I believe businesses and corporations have social responsibility to the community.

76. I am a critical thinker. Uni taught me that.

77. I am an over-thinker. My family taught me that.

78. I’d like to complete a Master degree in cultural studies or sociology.

79. I don’t think I have the stuff to complete a PhD. Though being a doctor is kind of appealing.

80. I think some of the best-written movies are A Few Good Men, The Big Chill and Love Actually.

81. I am fiercely loyal. But if I think you are being disingenuous I will keep you at arms length.

82. I can curl my tongue into that u-shape. Apparently not everyone can do that. Not sure what that means….if anything.

83. I don’t believe you can raise your child/ren in that perfect bubble so many people try to create. I do believe those parents are well intentioned; there are just too many variables you can’t control.

84. I find it satisfying that some ideals I held when I was 18 still ring true for me 20 years on. It means I got it right the first time.

87. I would happily pick up my family and move to another country.

89. If I had to pick which one of my children is most like me it would be my first son Alex.

91. My second son Christian is one of the most caring people I know. I could learn a thing or two from him.

93. My youngest is just over 2 years old. Really early in the morning he climbs into bed with me. It’s an awesome feeling.

94. I do enjoy my own company. Doing things on my own, or being alone doesn’t scare me.

95. If I hadn’t married Mr M I probably would not have watched as many Martin Scorsese films as I have.

97. I grind my teeth in my sleep when I’m stressed.

99. I believe that you should question everything. When I started uni a lecturer said “believe half of what you read and none of what you hear”.

100. Everything I have written here is true.

Julianjut - I AM NOW WHITE