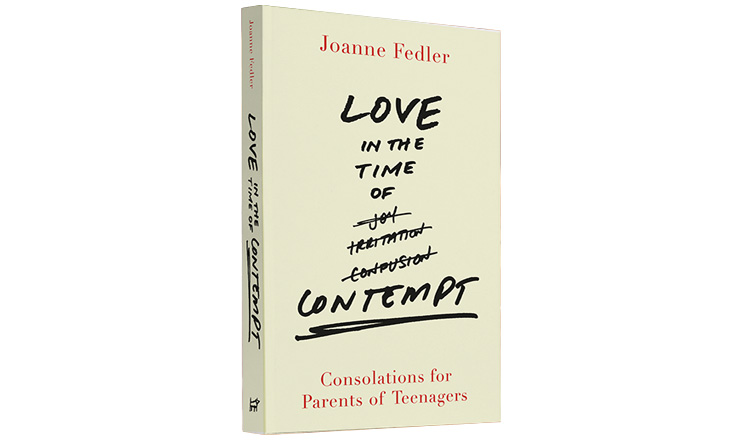 This is the review I wrote about Joanne Fedler’s new book Love in the Time of Contempt: Consolations for Parents of Teenagers. 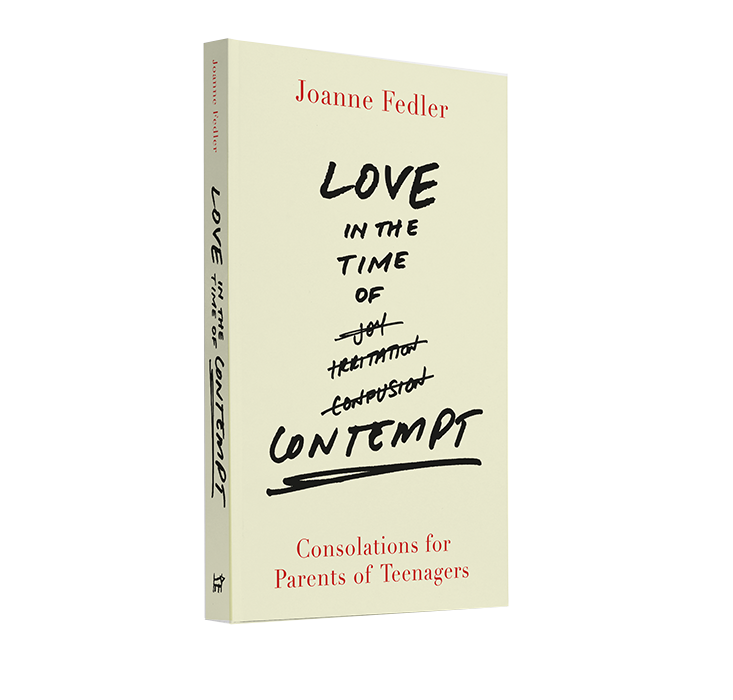 I also wrote the above review about 6 weeks ago; just before the school year began. I’ve been meaning to write this post for all those weeks but I’ve been missing in action (read: helping my kids settle into their school year).

My 2nd child started high school this year, and while strictly speaking not yet a teenager, he’s been thrown into a new world. As much as kids say they’re fine we all know they like it when they know we’ve got their backs; and that’s pretty much what I’ve been doing for 6 weeks. Having long chats with my son about how he’s adjusting to high school. (One of Joanne’s key points is to Always Be Connecting – ABC). Check.

If you’ve read any of Joanne’s other books (and I highly recommend you to do) then you’ll know Joanne writing commands your attention; like a deep and meaningful conversation you have a with a friend over a wine…that you never want to end.

You nod enthusiastically and cry, “yes”, out loud when you realise that somebody else understands you or has probably botched things up the same way you have but survived to tell the tale.

Friends have joked that children send you to therapy but I have had a long held belief that having children is therapy. Nothing forces you to examine yourself, and your own parents, as much as having your own kids. Without them it would be easier to let the trials of childhood and adolescence remain in the past.

And who doesn’t swear they’ll do a better job than their parents did?

But one of two things happen; you either forgive your parents for their perceived sins or you learn from their shortcomings. Either way, self-reflection is the number one tool.

Life never stops changing. While it’s true the changes through the teenage years are hard and fast, but we never stop…becoming. Someone once said to me that no two kids have the parents.

My eldest will be 14 this month and my youngest is 5. I don’t know what kind of parent I will be when my youngest hits his teens. I’d like to think I won’t be very different but there is no guarantee; and I’m comfortable with that.

I’ve realised that a parent with a self-assured nature is vital for the teen to enjoy the predictability in their ever-changing world. Change isn’t bad, it’s just change.

Joanne says values are key in her home. She says that she can’t control her kids when they are out of the house but she can certainly control the values that are in her house.

Values are very important to parents. But they can be prickly and contradictory. Which is fine, I think. We are all contradictory; there’s no escaping that fact. But what teens do is keep you sharp. You need to have answers. “Because I said so” may work on younger kids but teens are no fools. Fastest way to lose a teen’s respect is to spit out “because I said so”. I remember wanting thorough answers when I was a teen; can’t imagine why my teens would be any different.

A friend of mine taught her daughter to challenge authority, just not hers. Which is amusing when you think about it; and she realised this was a problem. But if you back up your values with a discussion you will be heard. Don’t be a hypocrite; it’s a subtle difference but a difference none the less.

And remember, some things never change. My eldest loves Living End’s Prisoner of Society. That song was released in my last year of university (1997) and at the time represented my generation’s angry song. But here we are 18 years later and it’s the same old song. While I still relate to the song (because deep down I’m still a youngun) I wonder if my eldest is thinking of me when she sings “cause I’m not listening to any thing you say”. Awkward!

Disclaimer: This is not a sponsored post. I elected to be part of Joanne’s Early Adopters group to read and review the book before official release. I haven’t been paid for this review.