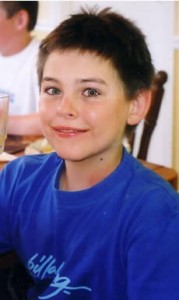 First up we need to take a moment and think about Daniel Morcombe’s parents.

Daniel went missing in 2003, aged 13, waiting to catch a bus at an unofficial bus stop. One bus drove past and did not stop because it was running behind schedule. When a second bus came past a few minutes later he was gone.

A 41 year old man has been arrested for his murder. I can’t imagine what his parents must be going through. What’s worse? Not charging anyone in the vain hope he will come home one day or declaring your son dead and having someone charged with this murder?

This next article I found courtesy of Alexandra Carlton. This article from dailymail.co.uk says that according to a new survey, 90 per cent of women with children admit to casting judgement if they don’t agree with a fellow parent’s methods.

Alexandra that “despite this survey I’m convinced mothers spend more time FEELING judged by other mothers, than actually BEING judged.”

I replied that I met mothers who gossip and pretty much stop keeping their company and simply now surround myself with mothers who do not judge. And if I am completely honest I have judged in the past. Out of frustration; or because I was tired and grumpy; or because I simply (arrogantly) didn’t understand a situation; but I have judged.

But I’m over that now. Maybe it’s because my kids are older or because I have 4 and I’m too busy with my own brood that I simply don’t have the time to pay too much attention to what everyone else is doing; or perhaps time has simply given me the confidence in my own parenting that I know abide by the ‘live and let live rule’. 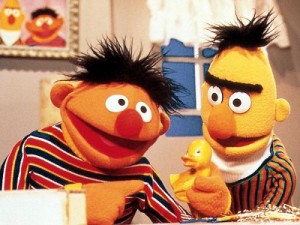 And while we’re talking about judging, did you come across the petition that’s been doing the rounds in the online world for Bert and Ernie of Sesame Street fame to get married? The logic is same sex relationships and gay marriage can be introduced in a positive light to little kids.

But the creators have said firmly that Bert and Ernie will not get married because they are puppets and puppets do not have sexual orientation. They can however have HIV.

A study shows that Peter Costello’s introduction of the baby bonus in 2004 in fact was not responsible for the mini baby boom Australia saw during the late 2000’s. According to the study positive economic conditions and women in their 30’s playing catch up are the reasons for Australia’s birth rate increased from 1.73 to 1.96.

This next headline caught my attention “Resisting Emotional Incest”. The first line reads, “Do you have adult friends who are controlled by their parents? Do they still live at home and take orders from mum or dad?”

And a story that is never too far away from the headlines, climate change.

Australian kids are clashing with their parents over the importance of climate change, a survey has found.
The survey, by research groups Bayer and the CSIRO, found one in three families disagree on the importance of climate change with one in five parents saying they didn’t believe in climate change.
“It is encouraging to see that children are taking what they’ve learned in the classroom and using it to educate their parents on how to reduce their carbon footprint,” Peta Ashworth, from the CSIRO’s Science into Society Group, said today.

And my friend Marlies couldn’t agree more. She wrote into the opinion section of The Sydney Morning Herald complaining that people are too lazy to perfectly good items to their local St Vincent De Paul outlet and instead throw it out on the street for council clean up instead. And to quote my friend “To me that’s just rubbish”.

One of the strongest messages when it comes to minimizing our carbon footprint is to reuse what we can.

And lastly, I follow CCLETS on Twitter and the twitter description reads LETS is a community based non-profit trading system that enables its members to exchange a wide variety of goods and services using little or no cash.

In New South Wales there is a Central Coast, Hunter, Sydney and Hunter LETS organizations.

I was invited to the Sydney trade day that was held today but I couldn’t attend but have included their web address.

I think this is a very interesting, albeit not a particularly new way of trading, but it is certainly better than adding to land fill or feel like you need traditional cash to be able to make a transaction.

We need to challenge our way of thinking and behaving. Okay, that’s me off my soap box.