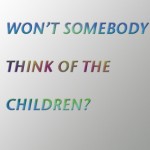 Shall we start this week with Miranda Devine’s exquisitely perceptive analysis of the breakdown of society, namely the London Riots. The fatherless society is to blame people; children with no fathers are doomed to participate in a life of hooliganism.

And why oh why are we talking about Penny Wong having a baby pleads Miranda. In Miranda’s words, “You’d think no politician had ever had a child before.”

The most baffling thing is Miranda’s oversimplification of all of these issues. For a journalist of her stature, I expected more.

This comment from Miranda I found most interesting. “Maybe same-sex marriage is as inevitable as its energetic proponents say, but it would be a pyrrhic victory if it were achieved through intimidation of opponents.”

She claims that the pro-gay marriage community do nothing but accuse opponents as “homophobic, intolerant, backward, evil bigots, not people of good will who are entitled, whether on religious grounds or otherwise, to believe that marriage, as the institution best served to protect children, should remain between a man and a woman.”

So I wonder what Miranda would have to say about Bob Katter who this week suggested that the notion of gay marriage should “be laughed at and ridiculed.”

Or Barnaby Joyce’s irrepressible logic working it’s magic again.
“We know that the best protection for those girls is that they get themselves into a secure relationship with a loving husband, and I want that to happen for them.

Caesarian versus vaginal births. What’s better for the mother?
Dr Stephen Robson, an associate professor of obstetrics at Australian National University, is recruiting 1000 pregnant women to test the long-held view that vaginal deliveries are better than caesareans for healthy women with uncomplicated pregnancies.

It’s not like no study have been done on this before right? Okay, I agree that studies need to be relevant and recent to best serve the mother and baby but in the same week I read a story where mothers in rural NSW have limited services available to them to deliver their babies. Things like a birthing unit in every town. I am presuming if there was easy solution, it would have been implemented by now…at least I hope, but I think we city chicks forget how good we have it here.

Do you think about your birth certificate much? It states who my biological parents, my siblings, my birthdate and birthplace. It has a few other bits and pieces like my parent’s occupation and their birthplace. It’s a factual document. But it’s not my life story. It does not for one second give an indication of how my childhood will be or what kind of relationship I will have with my parents and siblings.

It just so happens that I lived with my mum and dad so it was all a very neat and tidy scenario.

But this week a story highlighted that current laws don’t allow for multi-parent families. A judge this week had to rule to have a donor father’s name removed from his daughter’s birth certificate. State laws only allow 2 parents to be listed on a birth certificate. In this particular case, the birth mother and her female partner.

“The 58-year-old Sydney man is not a legal parent, regardless of being on the birth certificate and having regular access rights, because the child was conceived using artificial insemination.”

Judge Stephen Walmsley suggested that 3 parents allowed to be listed on birth certificates.

I’m not saying Judge Walmsley is wrong for suggesting 3 parents be allowed on the birth certificate; it will probably ease possible future tensions. I just know that my birth certificate is just a document that proves my identity; and not much else.

I wonder what Miranda thinks about this situation. 3 parents is awesome right?

And the last story is a guilt-laden one. Because what would a news week be without one of those.

Parents who push their children in outward-facing prams are cruel and selfish, a leading Australian child health academic says. Strollers that point children in the direction of travel are isolating, stressful and terrifying.

C’mon, it’s not like I let my kids play ‘in’ the traffic. Surely I get points for that.