Those of you who watched Wednesday night’s episode of Joe Hildebrand’s Dumb, Drunk and Racist who would have seen the Australian Protectionist Party rallying outside the Villawood Detention Centre.

Their aim is to close our borders to asylum seekers and refugees. Their claim is that we should be looking after our own not dishing out free medical and housing those who come to our shores in boats.

The spokesperson for the APP also said that Australia should remove their signature from United Nations 1951 Convention Relating to the Status of Refugees.

An anti-racism protest group arrived, the APP got upset, slurs and expletives were thrown about and a muslim lady asked, “how do I integrate into that?”

The APP feel the Australian culture is under threat. The thing with culture is, it is ever evolving. Culture does not remain stagnant. You cannot deny that.

And by that I don’t mean that Australia will become a Muslim based culture because I don’t think that’s possible. Just like the Greeks and Italians didn’t take over Australian culture; nor has Asian culture take over. It has become part of our culture. A new type of Australian culture.

Australia is in a unique position that it doesn’t share any land borders with neighbouring countries. We are in a sense isolated. I think that feeds the fear of ‘other’. What do you think?

We’ve all heard the arguments about closing our borders. How can we not. I do believe most are born out of fear and the unknown. 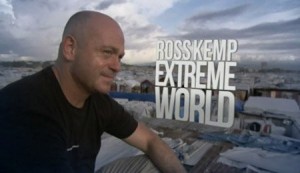 Immediately after Dumb, Drunk and Racist, ABC2 aired Ross Kemp’s Extreme World. In this episode Kemp travelled into Democratic Republic of Congo where sexual violence is used as a weapon. Mass rapes, genital mutilation and murder are commonplace. And why? I don’t know. Because they can.

And why are these women subjected to this? Because luck of the draw saw them born in DRC instead of Australia. That is their only crime.

It is by sheer dumb luck that we are born here in Australia; a country where the society has not succumbed to this. On that argument alone can I deny a young refugee girl a place here in Australia?

On Monday night I took my 2 year old to the Children’s Hospital Emergency department with a high fever and difficulty breathing. I arrived at 7pm; was seen by triage nurse at 8pm; sat in chairs until 2am when I was then taken to a room with a bed; finally at 3am a doctor walked into to see my son. At 3.45am I was on my way home.

8 hours of waiting. Sounds unreasonable? Depends on how you look at it. I am fortunate enough to live in a country where I have access to a hospital, Medicare, pharmacies and a local doctor for a follow up appointment.

I didn’t earn this right. I was born into it. Sheer. Dumb. Luck.

Go to ABC iview to watch both these episodes

Related posts
Take A Souvlaki and Baste It In Vegemite