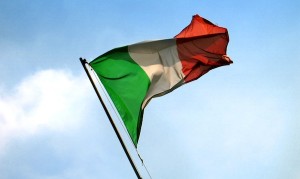 My parents migrated to Australia from Greece; my husband’s parents from Italy.

As with many first generation Australians born to migrant parents, I was immersed in the culture of the ‘old country’.  I couldn’t escape it and it has shaped the person I am today.

There are songs and dances I recognize, movies I understand, food I can cook, and cultural practices I identify with. 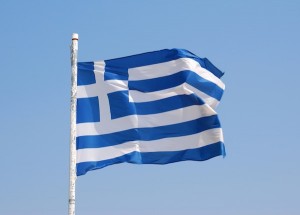 My father was adamant that his culture, his identity would live on through his children.  My father’s story is not unique.  Like many migrants, he came to Australia many years ago knowing full well he would never return to Greece to live.  He promised himself that he would teach his children to speak Greek, live Greek, and be Greek.  His children would be an extension of himself.

It was easy for my parents to introduce ‘Greece and being Greek’ to me, since they carried on living just as they had before.  They spoke Greek, enjoyed Greek popular culture, celebrate Greek Independence Day and the various religious holidays.

Unfortunately for my parents, I did not embrace the Greek culture.  For the most part, I did my best to reject it.  We were living in Australia, not Greece.  It is difficult to connect with a country I visited once when I was five.

However now, in my 30’s, I appreciate having been introduced to Greek culture.  I don’t actively live it but thankful for the knowledge I have and the familiarity I feel.  My husband’s story with his Italian heritage is identical to mine.

Now my own children up until now have been given little opportunity of being introduced to their ‘heritage’ from either myself or their Italian heritage from their father.

My children only know a few words of Greek or Italian and my parents are disheartened by the fact they cannot talk to their grandchildren in the ‘mother tongue’.

Should I feel guilty that I have not taught them Greek?  Or my husband taught them Italian?

I am often pressured to teach my children Greek or Italian. But why?  Is it the language or culture that is important here?  Language alone won’t teach them about these cultures; we would have to ‘live’ these cultures.  But can they learn, appreciate and embrace these cultures without learning the language?

In our household, living the culture would be a planned event; not simply a way of life.

Is it unrealistic, or even necessary, to try and keep my father’s identity ‘alive’?

The fact is we don’t live in Greece or Italy and have no intention of doing so.  We live in Australia and need to foster a connection with Australian traditions, rituals and values. 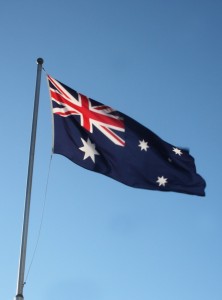 But Australia is a multicultural society; it always has been.

There are plenty of Greeks and Italians, along with the myriad of other migrants from different countries who came here with their cultures and formed a community, an identity.  A new, evolved Australian identity.

Perhaps my father’s original reasons for maintaining a Greek identity have been reworked.  It seems that it is less about a connection with Greece, albeit undeniable, but more about connecting with Greeks that live in Australia and the Australian/Greek way of life where you cheer on the Aussies at the cricket while cooking souvlaki on the barbecue and have Greek music in the background.  This is an identity I am very familiar with.

These are the sorts of stories I can share with my children.

One of the values that Australia prides itself on is acceptance of others; exploring and embracing other cultures into the fold of mateship and a fair go.  Over time these cultures have become a part of Australian culture.  We celebrate Chinese New Year, St Patrick’s Day right alongside Anzac Day and Australia Day.

So, it would seem to me that to teach my children about what it means to be Australian, I need to introduce them to different and diverse cultures that encompass it; starting with Greece and Italy.   Endaxi.  (means OK in Greek)