I got a phonecall from an old friend today.  It was honestly great to hear her voice.  She sounded fantastic.  But she hasn’t always.

Rachael (not her real name) was a natural born leader at uni.  She had that “go get ‘em” attitude that the rest of us lacked.  But she also could out party all of us.  She seemed to have it all under control.

But maybe the comfort of being at uni was a nice safe landing spot.  After all, your grown up responsible life hasn’t really began.

While the rest of us seemed to be able to take on the big bad world when we left uni, Rachael faltered.

We were there to help pick her up but soon friends began to disappear.  I don’t know whether it was friends stopped trying or she was pushing them away; little bit from column A and a little bit from Column B. 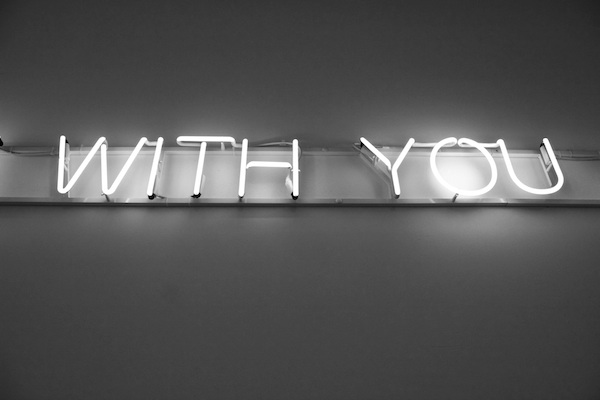 I was the last friend standing. I couldn’t leave; even though there were times that I wanted to go.

I always supported Rachael; I figured it she had enough family members to tell her how much of a mess her life was and suggest ways she improve it and get through it.

I saw myself as her escape I suppose.  I would listen to her woes but never really said a word about them.

It was easier to think that it wasn’t my responsibility to help her see the error of her ways. She is a smart woman.  It was easier to just listen to her than to have to deal with her issues alongside her.

But time, distance, her life and my own life led to the inevitable; we lost touch.

Was I relieved?  I don’t know.  Truth be told, I just wish the whole sorry saga hadn’t happened.  Because I remember how good life was for Rachael.  If I had to pick a handful of people that would be ‘successful’, Rachael would always come to mind.

When the rest of us were loafing around and not doing our work, she would kick our butts into gear.  It really is hard to believe that substance abuse got the better of her.  We had the naïve notion that if you are a strong person, you will always be in control.  So while she was having a good time at uni, we just didn’t pay it too much mind.  We were all having a good time too.

Two years ago I ran into Rachael at the shops near my house.  She had never looked or sounded worse.

We exchanged pleasantries and even exchanged phone numbers but contact was never made.  Rachael seemed different that day.  For the first time, I felt like she didn’t want to talk to me.

I thought long and hard about our friendship.  Sometimes I feared seeing her; being pulled into her complicated life was exhausting. Part of me was relieved when we lost contact the first time purely for that reason.

Another part of me felt guilt.  Yes my life was very full with small children and the usual crap that we all have to deal with; but my life was a dreamboat compared to Rachael’s.  I need to look at the bigger picture.

I wondered if I had made a mistake not contacting her after that day at the shops 2 years ago.

Today, Rachael contacted me.  She found what she hoped was my number and rang it.  And I answered.  She sounded great.  Better than she did the last time I saw her.  She needed help and had no qualms asking for it.  I had no qualms giving it. Time, distance and all the other usual bullshit didn’t get in the way.

I had done enough in the past that she could trust me in the future.  And that’s a good feeling. For me and hopefully for her.

I’m glad she contacted me. Has it alleviated my conscience a little bit? Yes.  Has it re-affirmed that I should trust my conscience and not lose contact again? Absolutely.

Life isn’t pretty, and that just sucks.  But that’s no excuse to walk away.

I am very conscious of the fact that my children see everything I do.  They are my ‘moral compass’ (thanks Dr Phil).  Do I want to show my children that you walk away from a friend?

That one simple question just makes everything so much clearer.