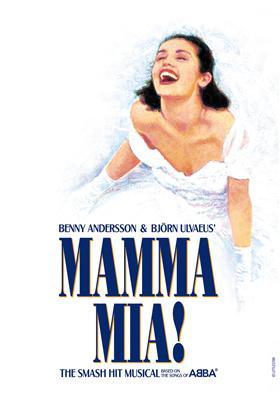 It’s not often you realize that you are about to make a memory. It’s hard to know what ‘memories’ will be retained which will just fade into the vortex of forgotten land.

Last Sunday I took my 8 year old daughter, Jordan, to see Mama Mia the musical. It was her first musical. She and I have been singing ABBA songs on our Playstation and have watched the movie several million times over. It was only right and just that we see the musical together.

As we were walking through the masses of people she gripped my hand tightly. Her eyes quickly darted from one thing to the next trying to take in all that she could see. All these people, all the lights, the music wafting in from the speakers and we were only in the foyer. It was all a bit la-di-da.

Once inside the theatre Jordan was taking in as much as she could. How high are we? Where’s the orchestra? How big is the stage? Who is operating the lights? Where are the speakers? Where are the microphones? What’s backstage?

I don’t know all the answers to all her questions. I let her in on the secret of going to theatre; forget the details just let the whole thing envelop you.

The lights went down, the music began and the lights were dancing across the audience before setting firmly on the stage.

“I have a dream…” the character Sophie opened; the musical had begun.

I saw the stage production of Mama Mia years ago so this time I spent more time watching Jordan watching the show.

At times it seemed like her senses would overload but it was a joy to watch her enjoying the show. It felt like a privilege to be the one to introduce her to the world of musicals.

For the past few days I have been trying to work out why this meant more to me than other times I have introduced her to something new. She likes watching netball; she listens to The Beatles, Elvis and Bon Jovi; and likes playing music. These are all things I love to do and it’s fantastic that she likes it too. It’s something the whole family can do together and I absolutely adore that.

But why the musical? I don’t know. I don’t know why this felt more special than the rest. It just does.

Whatever the reason, I won’t fight it. Jordan has already asked to go to another musical and this give me enormous satisfaction.

It is a curious and bizarre thing to know at the exact moment that history is occurring and a lifelong memory is being made. Even though we will remember this day for different reasons, Jordan and I will now forever be able to say, “Remember Mama Mia?”