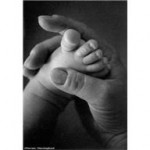 So I, along with about another million Australians, watched Paper Giants: The Birth of Cleo on ABC1 last Sunday night.

Yes I am woman, yes I am mother, yes I am working mother but surprisingly the story line that had me hooked was Kerry Packer’s relationship with his demons and his father.

No I am not a man and no I am not about to inherit $100 million when my father passes away, but I can relate to Kerry’s need to impress his father; to be better than his father.

I found it interesting that at the end of the program a super read that Kerry Packer shouldn’t have worried about being 3rd generation Packer because when he died he was worth $6 billion.

Sir Frank Packer, reportedly, was only worth $100 million when he died.

Are our parents the benchmark by which we define our own success? Bigger house? Better job? More travel? Nicer car? More money? Better education?

By when exactly am I supposed to complete all these goals? The end of my life, or while my parents are alive to see it?

And are these the goals we should be setting ourselves?

Maybe we don’t do it consciously, but I think subconsciously we are all guilty of it.

As a teenager I remember thinking I was smarter than my parents. Partly self inflated ego, partly a high school education that my parents never had.

But I still don’t own my own home. That seems to be a source of concern for my parents.

However, I certainly have a greater earning capacity than my parents.

But I have really taken any great risks like they did in their 20’s?

I think you’ll all agree that it is life experiences that define us and our success.

My parents left Greece to migrate to Australia in the 1950’s. They boarded a ship to go to the other side of the world to a country where they spoke very little English and knew very few people. They honestly thought they’d never see Greece again. Quite a risk when you think about it.

So what’s the pay off?

My parents were both blue collar migrants who came to Australia to take advantage of those much publicized opportunities. Not only for themselves but for us, their children.

If we didn’t succeed, by their definition of the word, then the whole migrating exercise would have been seen as a failure.

That is how my parent’s defined success and they are the rules I played by.

But what about our relationship with our children? What do we hope for them? Do we hope they surpass us? Bigger house? Better job? More travel? Nicer car? More money? Better education?

“I always believed that if I had children, I could raise them just a little bit better than I was raised – ethically, emotionally, intellectually and spiritually. And I hoped that if my own children chose to be parents then they could raise the bar once more as they brought up their own children… and so it would continue down my ancestral line. I also believed that if this could be the aim of all parents then, ultimately, the human race would evolve into the ‘higher self’ I believe is our destiny.

Soon after the birth of my first child, my mother confided in me that if she was told she was dying from a terminal illness, that she would die happy. Why? Because she has achieved all that she set out.

1. Move to Australia
2. Own her home outright
3. Go back to Greece a few times
4. Raise her children

I think the day I became a mother, me being her youngest, my mother realized that we had all grown up now. She had done her job. There isn’t anything that my siblings and I couldn’t handle. In effect, in her eyes, we didn’t need our mother anymore.

It may sound sad, but to my mother, that’s success. I hope I can be as successful as her.